In this post I share a Fusion 360 GD&T tip. If you are working with Fusion 360 and you want to create beautifully annotated drawings this video might save you some frustration.

Last week we talked about what I believe is the most important part of GD&T – picking functional datum features.

Fusion 360 is a great CAD program given its very affordable price; however, somethings aren’t as easy to do or as clean as in more advanced CAD program such as SolidWorks or Creo.

Fusion 360 allows us to create feature control frames with leaders or attached to feature or dimension line extension. But the ASME Y14.5-2018 standard also allows us to:

If we try… Fusion 360 asks us to select an object. It then started drawing a leader or an extension line.

Let’s add a tolerance to the four M6 clearance holes.

Select the feature control frame button and attach it to an arbitrary feature and then click enter. Leave the frame empty. 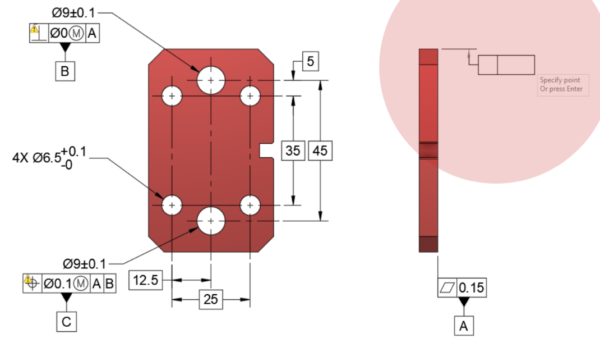 Next, place another feature control frame attached to the previously created feature. 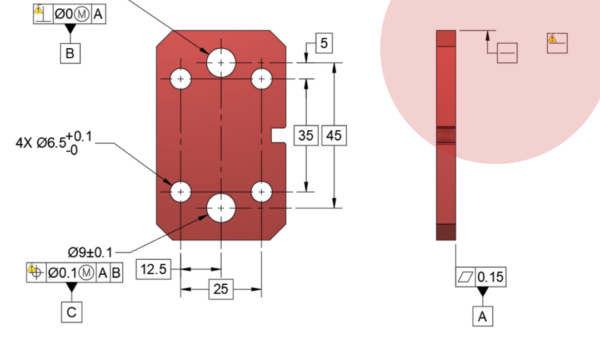 You can now position the feature control frame below a dimension, in a note, or in the general tolerance block.

Because the frame is not associated with a feature – Fusion360 won’t be happy and will give you a warning if you try to export as a PDF; however, we can ignore the warning and the file exports correctly.

I hope that helped.

Thank you for reading!